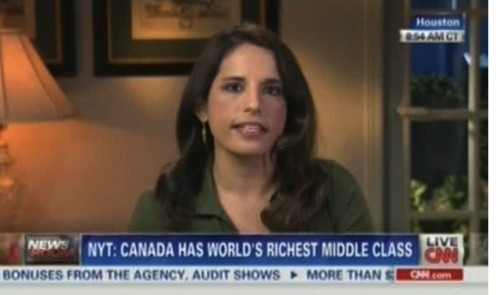 A newly published study by The New York Times suggests that the US has lost its long held lead for highest average wages to Canada.  The average American earns about what they did in 2000, which on a net basis is far more than our European cousins.  But the lead we’ve long enjoyed is narrowing as others realize increases in wage, roughly 20% in past 15 years, while wages here remain flat.

While stagnating middle class wages are a big problem, no doubt, the Times article omits that it’s purchasing power not wages that impact the lifestyle of the middle class and Americans have vastly greater purchasing power than Canadians and all European countries.  You must make $52,000 in Norway to live like someone who makes $34,000 in the US and $32,000 in Canada translates to a $27,000 salary. Gas in US is $4 v. $6.50 in canada and $8 in Germany.

As the Economist reports, Americans have LESS income inequality than Canada and many Europeans on a pre-tax basis; it’s post-tax where the middle class in America fall behind. The US collects roughly equivalent tax revenue per capita as Canada and many European countries ($12,800 in US similar to Canada, Italy, UK, Switzerland, Germany), yet those governments give their middle class citizens far more for their tax money (universal healthcare, free education, subsidized childcare, middle class taxpayers). In the US the middle class ends up subsidizing far more non-social spending with social spending concentrated as welfare for the poor.   In a nutshell, the American middle class gets a very poor return on its investment from the government itself. A flourishing middle class needs a government that reinvests in its people and it turns out that poor prioritization of tax dollars (non-competitive bidding, waste, pork and continual spending on ineffective programs) come at a big cost for the American middle class.

This entry was posted in Uncategorized. Bookmark the permalink.